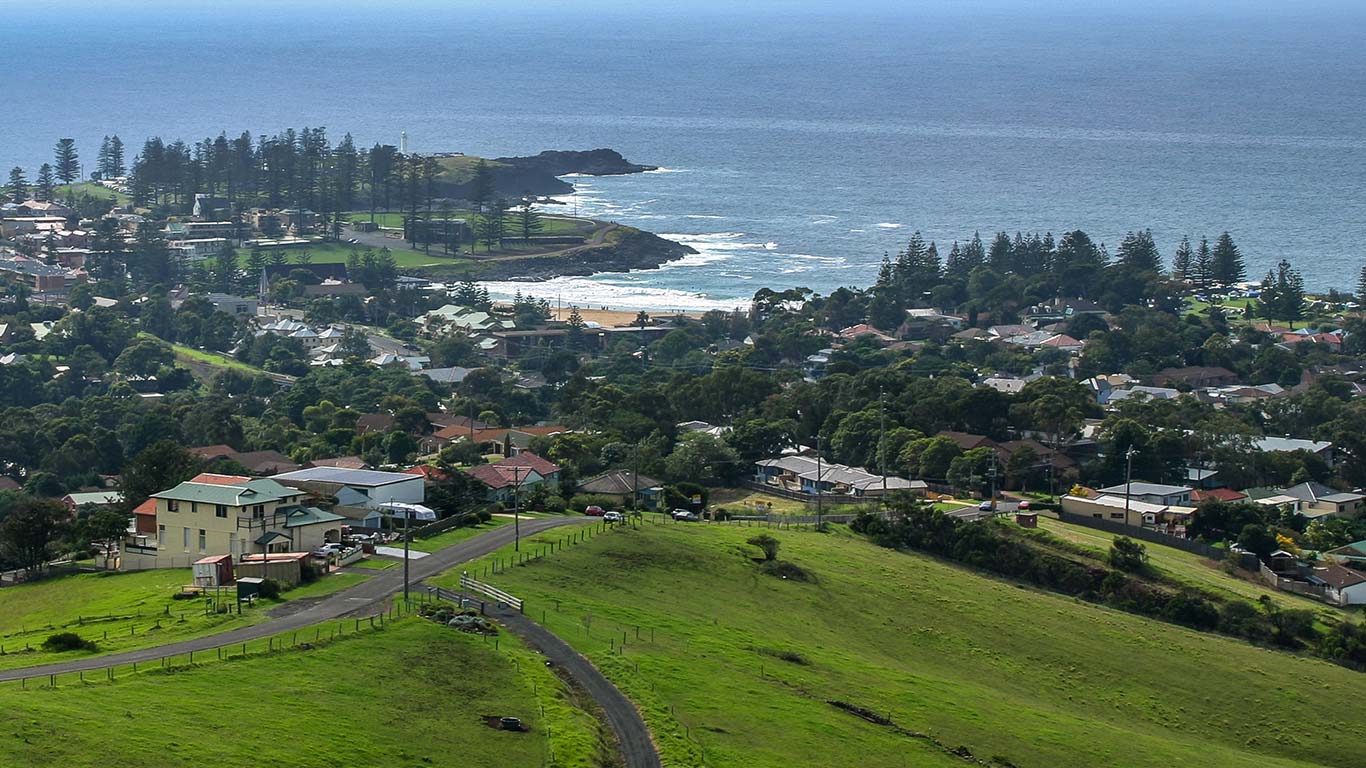 130 KM from Sydney CBD about a 2 hour drive Kiama is a seaside town with white sandy beaches and rolling surf that attracts people from all over Australia. The main attractions are the famous Blowhole, Minnamurra Rainforest and Jamberoo Wildlife Sanctuary – all within easy reach of Sydney. The village is cute, the scenery … Read more 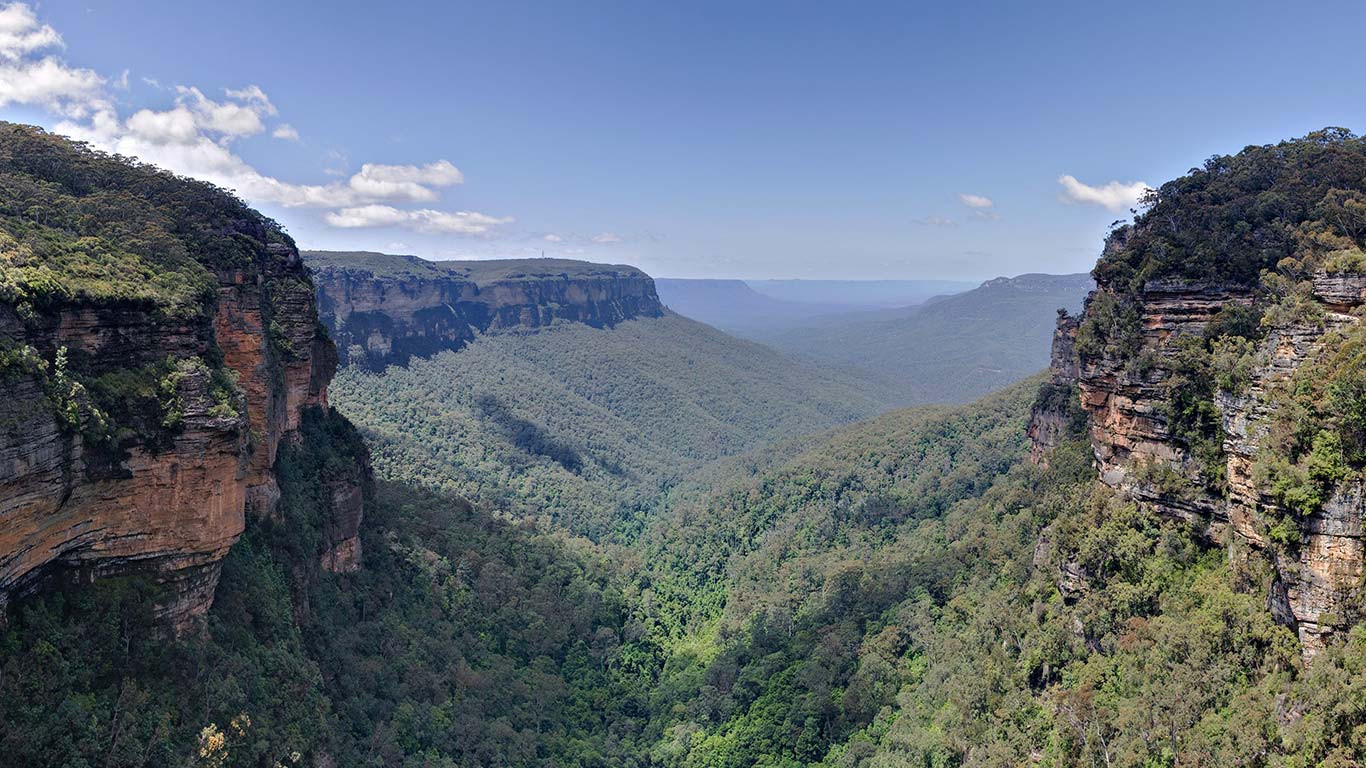 79 KM from Sydney CBD about 1 hour by coach Visit the beautiful Blue Mountains of NSW and experience a range of remarkable attractions. Explore the rugged terrain, enjoy sweeping views, see some of Australia’s most dramatic waterfalls and admire the exquisite colours of the bush. A  journey that is made unforgettable by the region’s … Read more

1 hour 30 minutes from downtown Sydney – 98 kilometers Windang Beach is located at the entrance to Lake Illawarra, 15 kilometres south of Wollongong’s city centre. It offers spectacular views of the famous Five Islands off the Wollongong coastline. The beach is very popular with families and there is accommodation nearby at the local … Read more 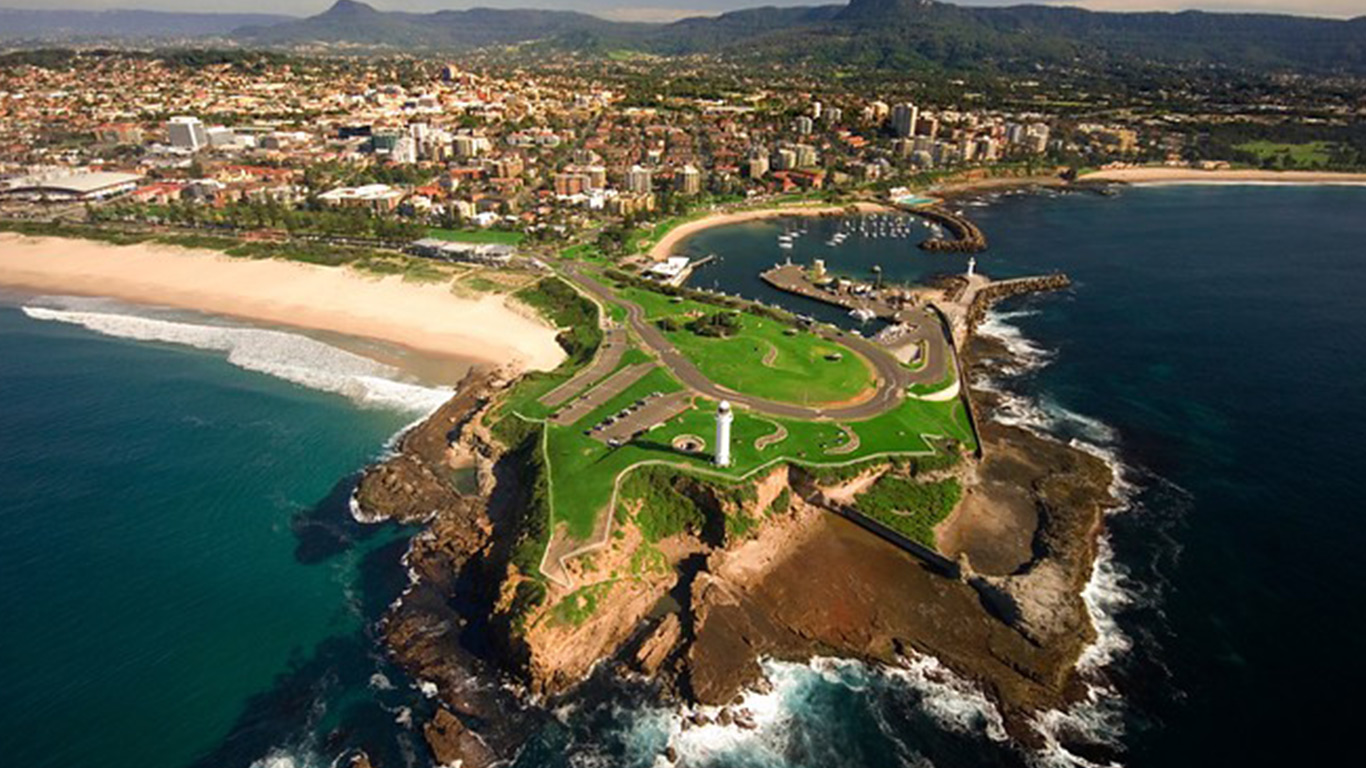 1 hour 15 minutes by a luxury coachhire.com.au coach Wollongong is a coastal city in Australia, south of Sydney along the Grand Pacific Drive. Surfing beaches and rock pools line the coastline. Trails encircle the forests and rocky cliffs of Mt. Keira in the Illawarra mountain range, which frames the city. To the north, hang … Read more

132 kilometers and 1.5 hours south west of Sydney The Southern Highlands, also locally referred to as the Highlands, is a geographical region and district in New South Wales, Australia and is 110 km south-west of Sydney. The entire region is under the local government area of the Wingecarribee Shire. The region is also considered … Read more 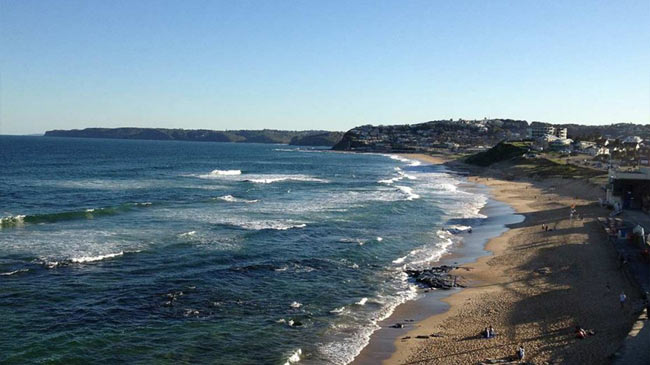 Travel time from Sydney is about 2 hours Newcastle is a harbour city in the Australian state of New South Wales. Its plentiful beaches are linked by the Bathers Way, a coastal walk stretching between Nobbys Beach and Merewether Beach. The walk provides access to Bogey Hole, a convict-built ocean bath from the colonial period. … Read more 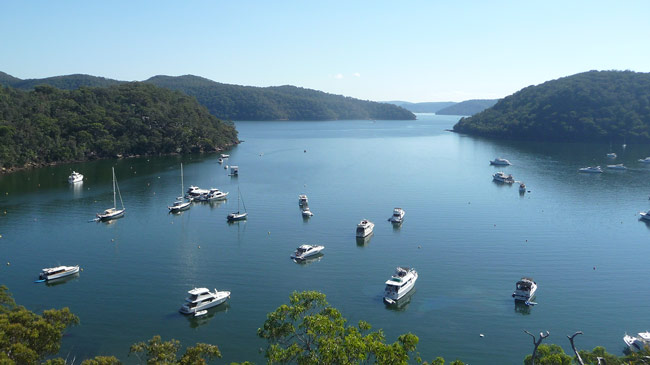 Is a mere 30 minutes north from central Sydney.28 kilometers Is a protected area north of Sydney, in New South Wales, Australia. It encompasses coastline, rainforest, bushland and a portion of the Hawkesbury River. The park has significant Aboriginal sites, including ancient red ochre rock paintings and rock engravings, reached via the Red Hands Cave … Read more 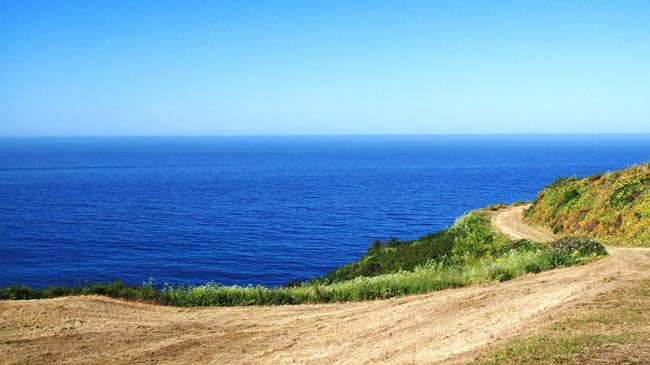 Only 1 hour north of Sydney The Central Coast is an easy one-hour drive north from Sydney. Simply log onto the website coachhire.com.au, hire a coach with driver, and enjoy the scenery along the Pacific Highway – Australia’s National Route 1 – you will head north from Sydney’s city centre and join the M1 Pacific … Read more 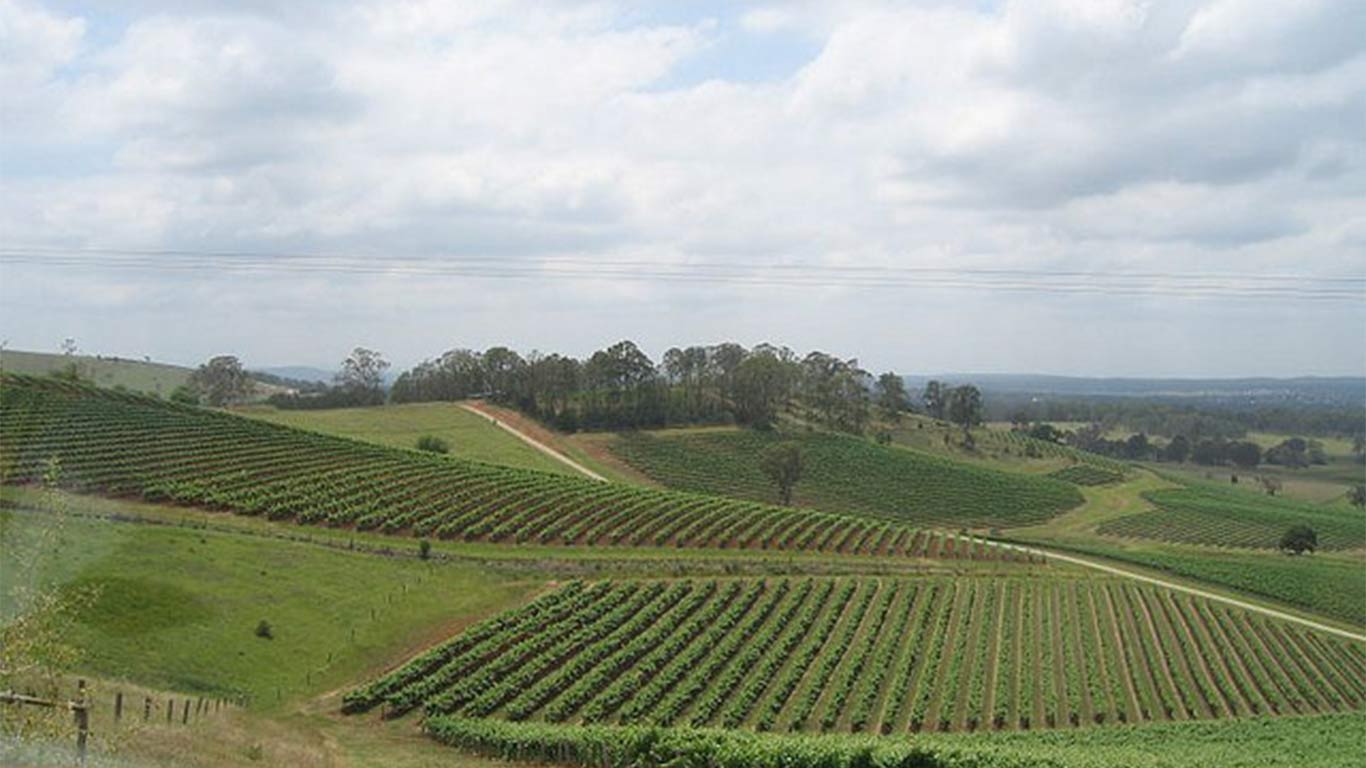 From Sydney CBD about 2 hours by coach The Hunter Valley, only a two-hour drive from Sydney, is the birthplace of Australian wines. Known for its exquisite varieties of semillon and shiraz, the Hunter is renowned worldwide as a leading gourmet getaway. There are over 150 cellar doors and a growing number of innovative restaurants … Read more 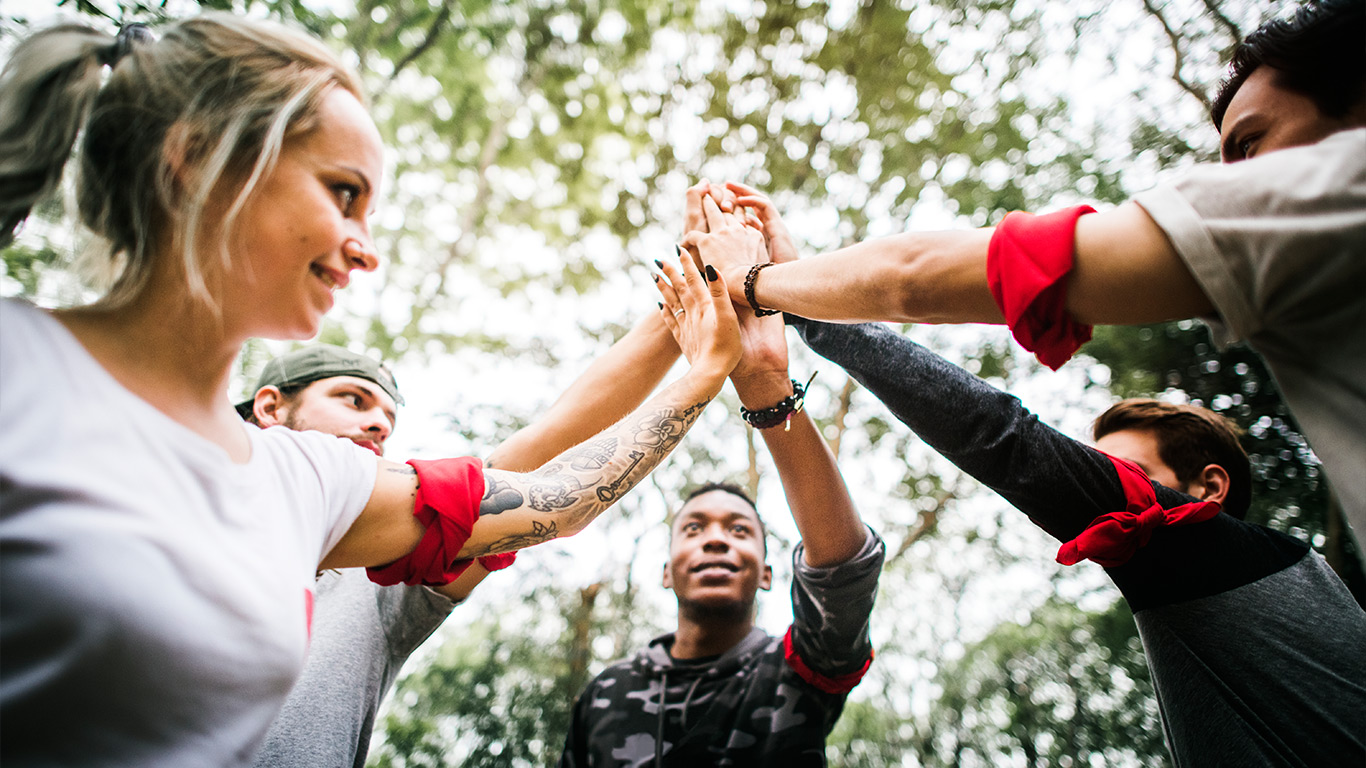 In terms of corporate events and group activities, Sydney teams are spoiled for options. Your conference, business event, or team building’s location and venue are crucial components of success, and Sydney is fortunate to have a wide range of lodging alternatives. On your team-bonding day, a luxury coach rental with a driver is the ideal … Read more

We would love to hear from you.
Feel free to reach out using the below details.